COVERED 6: LENDING A HAND TO OUR VETERANS

An Army Reservist for 14 years, Margurie Evans discovered Covered 6 while working at the post office and looking to utilize her specialized skill set she learned in the military.

“A lot of veterans come out of the service with no idea of what they’re going to do,” says Evans, 34, who found Covered 6 in Moorpark while doing an online search.

“Jumping into the security field is… easier than anything else that is offered, because most of the jobs that are offered to veterans coming out of service are usually law enforcement-oriented,” she says. “This gives those veterans the ability to not have to jump into a job that’s chosen for them, but a job that they can choose.”

Many veterans have difficulties transitioning back to civilian life—some attend college, obtain a general degree and acquire debt, while others don’t know how to apply their military skills.

Covered 6 is military vernacular derived from service members telling each other that they are safe—in other words, “your back is covered,” explains Chris Dunn, CEO and founder of Covered 6.

With active shootings and domestic terror attacks in today’s times, the need for a national private security standard is greater than ever before, says Dunn. Covered 6 meets this need through protective services across the globe, tactical and vocational training programs, and patented product innovations for first responders. 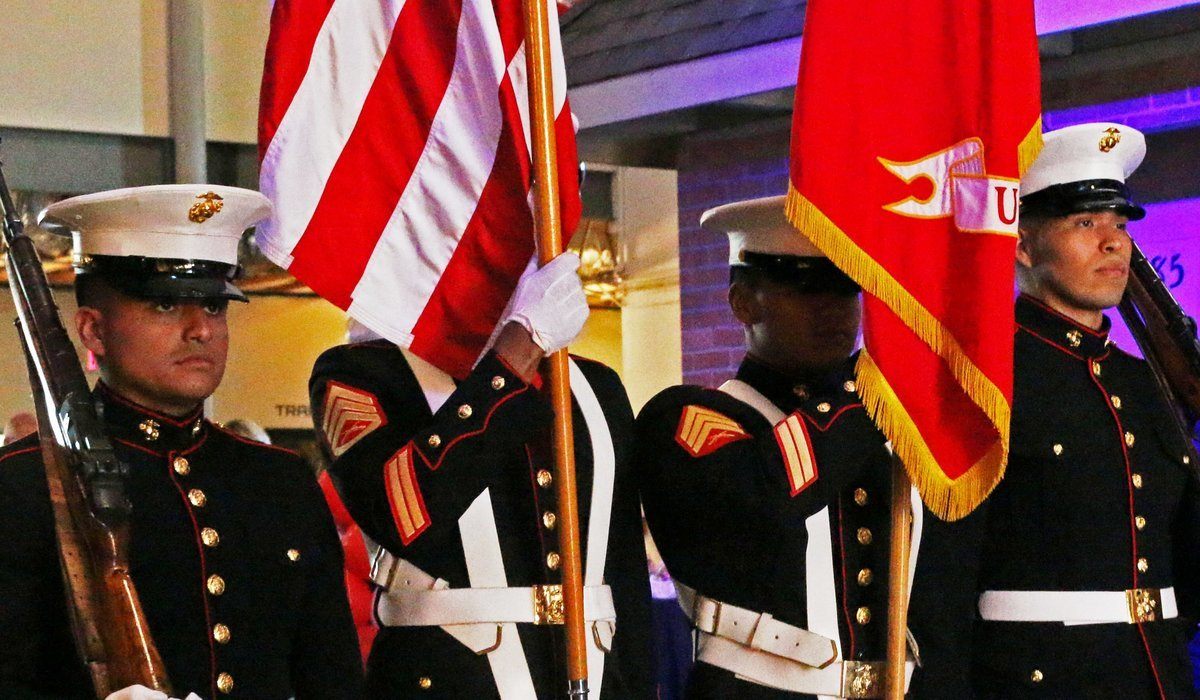 When incidents occur, “those of us who are trained already are usually the first ones to step up and take action and help,” Evans says.

“You hear about a veteran helping a person during a mass conflict, or a person when there is a random shooter—usually it’s a veteran that’s the first one to step up,” Evans emphasizes. “With the specialized training that Covered 6 offers, it only makes us more prepared for those who are looking to have protection for themselves and their neighbors.”

Some veterans fall on hard times because their benefits run out and they find themselves disillusioned and homeless, says Dan Arnold, president of the C6 Foundation, a nonprofit involved with Covered 6.

The C6 Foundation directly supports veterans and their families who have run out of benefits, fall on hard times or need assistance to get back on track—while maintaining their dignity, says Arnold, noting that the foundation helps provide essentials like housing, meals, clothing and tuition support.

Those eligible to receive help include any first responder or veteran, as well as civilians who demonstrate a desire to make their lives better through defending, guarding and protecting others. “Many describe this desire as a calling or a way of life,” Arnold says.

“We are dedicated to helping in these ways because we feel this is the most effective way to get someone back in the right mindset for success,” Arnold says, adding that Ronald Reagan said it best: “If you want to cure PTSD, give a veteran a job.”

“Employment sourcing is an essential part of the program,” says Arnold, noting that 85% of recipients are placed after attending the programs. “Things like self-respect, service, passion and dignity cannot be restored by temporary gratification and handouts. People need a sense of purpose to do what they are drawn to—which is protect and serve.” 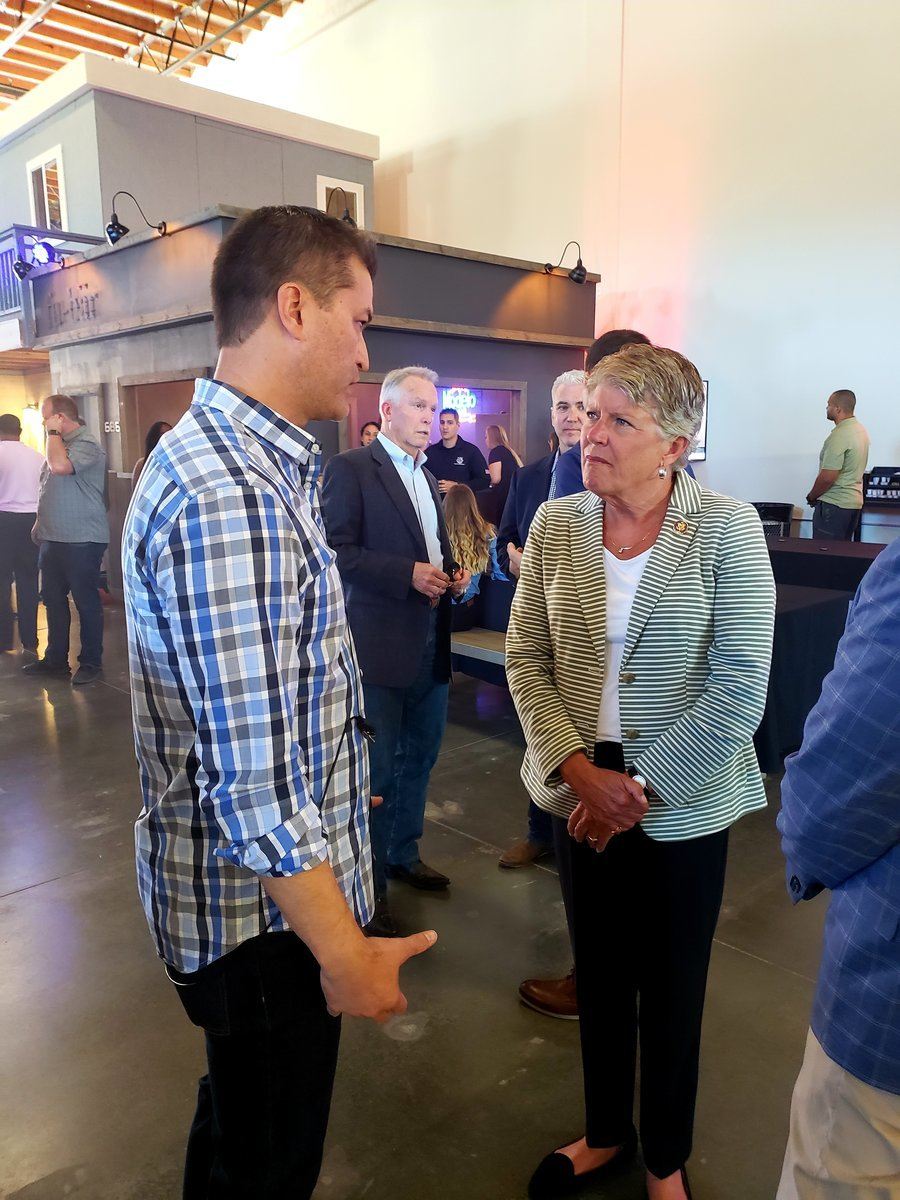 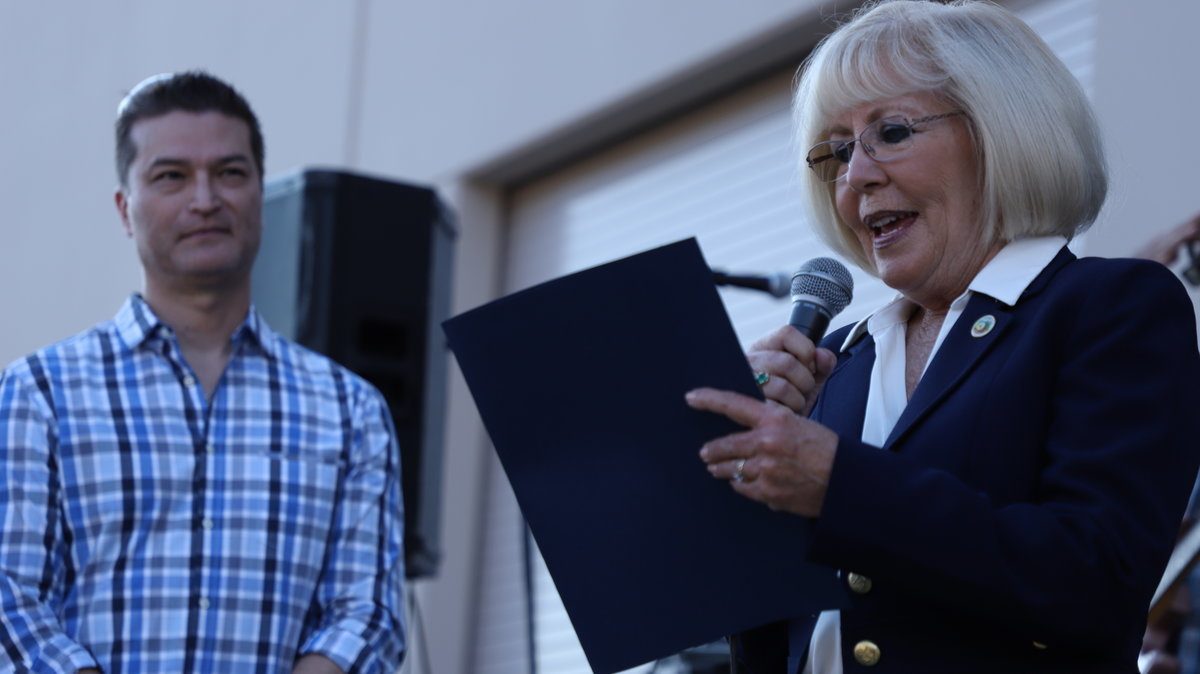 More than 500 people attended the event, where Mayor Parvin praised Covered 6, giving special recognition to Dunn “for finding jobs for our veterans.”

“Chris is an Army veteran and former police detective in Los Angeles,” Mayor Parvin said during the event. “He employs veterans and has helped other companies hire veterans—about 700 so far. Chris is an innovator, from his training programs to his tactical products. He has chosen the right town, Moorpark, on the right street, Patriot Drive, to grow his business.”

Javarre Glanton, a Marine for eight years, was working in the security industry and looking for a job online when he discovered Covered 6.

“I looked into it, and I thought, this sounds exactly like something I should do,” says Glanton, 31, who enrolled in courses.

“In the military, we’ve already acquired the skill set for security, so we’re a perfect fit,” Glanton adds. “I recommend this to any military vet who’s going into security or who’s already in security. There’s a lot to take away from these courses.”

“Everyone in our class is a military vet, so it was like coming back home,” Glanton says. “Instantly, everyone is a friend. It’s like coming to a family reunion, meeting family you didn’t know you had.”

Keith Martin, a 31-year-old veteran who served in the Army for 14 years, says he enjoys taking security courses at Covered 6 with “people that think along the same lines as you do and from the same background. It gives you more of a sense of stability, because you’ve all been deployed or in the same situations, so you can understand each other and speak the same language.”

Nicholas Larkins, a student at Covered 6 who served in the Marines from 2010 to 2014, notes “everyone that works here is a veteran. When you’re taught by veterans who have been in deployments, everyone comes here with the same training and knowledge, and you leave with so much more.”

Larkins thanks Dunn in particular for changing his life since he left the Marines.

“He made me feel like I was powerful again and respected,” Larkins emphasizes. “I hadn’t felt any respect or honor coming from anybody since I got out. Chris Dunn has given me everything—I can stand tall now.”

Covered 6 is located at 868 Patriot Dr., Unit C, in Moorpark. Call 805.926.2055 or visit https://c6securityacademy.com  to learn more about Veteran Training for the Security Academy.